Aquaponics is the combination of raising fish and plants in a symbiotic system. But whenever fish are mentioned people often think of an unpleasant fishy smell. Many people who are interested in exploring aquaponics are concerned if an aquaponic system smells.

Aquaponic systems should not give off a smell. A healthy running system will be odorless. Sometimes an odor can occur if there is an imbalance in your system. This odor can also be caused by dead fish in your tank, poor waste management, or too many anaerobic zones.

Your aquaponics system should be essentially odorless or smell like a well kept pond.  You may notice some natural, earthy scents coming from a healthy system similar to the smell of water and soil. These types of odors are normal and should not be stinky.

However, you can run into some unpleasant smells.  Any strong, pungent, foul odors are abnormal and should be investigated thoroughly.

You may also run into unappealing odors if your system is in a poorly ventilated room. Having your system in an unventilated space will trap any gases produced by the pond (like carbon dioxide and nitrogen) and intensify the natural odors.

What to Do If Your Aquaponics System Smells

While none of these situations are ideal most can be resolved easily.

Typically, aquaponics systems are large ponds. These ponds have to be filtered and managed to control the waste that flows out. If there is an imbalance in the system, it can cause a nasty odor.

Using high quality fish food, not overfeeding, and not over populating your pond are the simplest ways to prevent waste issues.

There are two types of waste found in an aquaponics system, solid waste and dissolved waste.

Solid waste consists of uneaten food pellets and fish fecal matter. Too much solid waste in a pond can make a nasty smell as well as be harmful to the entire aquaponics system.

It can clog your fish’s gills, basically suffocating them. It can also impede the water flow to the plants essentially starving them. Some sort of mechanical filtration is required to remove excess solid waste.

Dissolved waste is solid waste that has broken down into fine particles. They can cause an oversaturation of nitrogen, phosphorous, and ammonia, which can cause turbidity, temperature changes, and toxicity in your system.

Nitrogen, phosphorous, and ammonia are harmful in high quantities and should be monitored carefully. Ammonia is the most toxic of the three nutrients, and it gives off a very strong scent.

However, ammonia is only toxic in high amounts. It is actually an important nutrient in the aquaponics system – if it is kept in small amounts. Ammonia is part of the nitrogen cycle, which means it can be broken down into nitrogen, which is a plant fertilizer.

How to Remove Solid Waste in An Aquaponics System

Reducing solid waste is an important step in avoiding odor issues. Clarifiers or mechanical filtration is the most common way to reduce solid waste in your aquaponics system.

The swirl filter is a large barrel with an inner basket. The basket filters out solid waste. Heavy particles collect at the bottom of the barrel due to the slow water flow. This filter needs to be cleaned regularly and doesn’t remove fine particles.

The raft water filter is a dual-chamber filter. The first chamber removes large particles while the second chamber captures fine particles. An air stone is required to oxygenate the water and these filters tend to be expensive.

A radial flow filter uses a large barrel with the water from the fish pond piped into the middle of the barrel. The solid waste falls to the bottom of the tank and the clear water is piped out from the top.

A drum filter consists of a large filter with a rotating mesh drum in the center. The fish water is pumped into the outer chamber and a pump pulls water from inside the mesh drum. The water is filtered when it is pulled through the mesh by the pump.

Overall, the drum filter is the best because it is the most efficient and requires the least upkeep as it cleans itself. However, it may not be best for everyone’s needs.

How to Remove Dissolved Waste in An Aquaponics System

If you are using Nutrient Film Technic (NFT) to grow your plants then you will likely need a biofilter to manage dissolved wastes. Otherwise, you should not need a biofilter in your aquaponics system.

To prevent dissolved solids from creating a problem, you should install a biofiltration device. Biofiltration uses bacteria to convert the chemicals into non-toxic waste that can be used as plant fertilizers.

A biofilter is a container of some sort that holds a porous material. This provides surface area for the bacteria to live on. An air pump is also required to add oxygen to the biofilter to help the bacteria thrive. 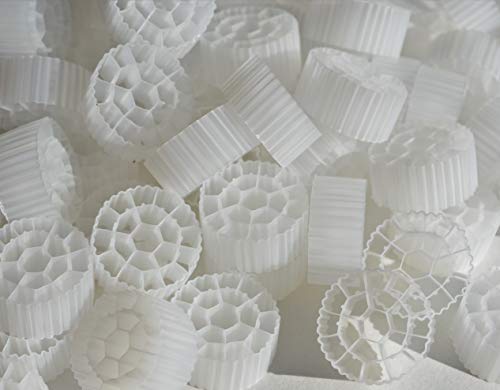 Anaerobic Zones in Your Aquaponics System

Anaerobic zones in an aquaponics system are spaces or areas that lack oxygen, which is dangerous for both fish and plants. It can also be the culprit of a bad sulfur smell.

Clogged pipes and “hot spots” in grow beds can cause anaerobic zones in an aquaponics system to become problematic.  Frequently cleaning pipes can clear out potential anaerobic zones.

Also, adding an air stone can help to remove anaerobic zones from your grow system by circulating the water and adding oxygen.

Dead Fish in Your Aquaponics System

Dead fish smell horrible and release toxins into your system. If you find a dead fish you need to remove it immediately to prevent further smells and toxins being released into your system.

As bad as the smell of dead fish is it’s very important to understand why the fish died. Your aquaponics system should not be causing your fish to die. If it is, there is a larger problem that should be addressed.

Some common causes of dead fish in an aquaponics system are:

If you notice fish dying, here are a few steps to follow: 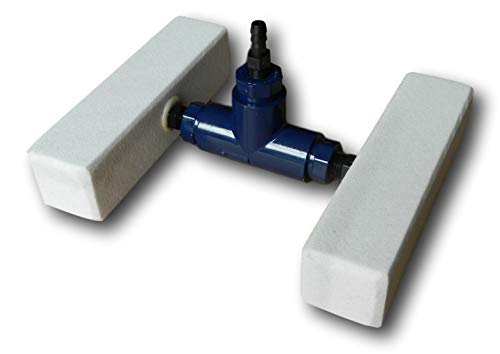 Aquaponics is an ideal way to provide your plants with natural nutrients. It can take a little work to get set up but once your system is up and running is should be fairly low maintenance.

A well maintained aquaponics system should have little to no smell. If there is a scent to it, it should smell earthy and natural. Any foul odors should be addressed immediately to prevent a system imbalance.

link to Feeding Your Fish in an Aquaponic System: A Complete Guide

Aquaponic systems are a great way to grow plants and raise fish in a symbiotic environment. But feeding your fish in aquaponics can be a challenge at first, especially when you are not sure if you...