Most people who begin growing food the hydroponic way do it for very specific reasons. For some, it is to have healthier, more nutritious food on their table, while for others, it is for convenience. Hydroponics is not a new concept; people have been growing food this way for hundreds of years. But does hydroponics produce healthy food, and what impact does it have on our planet?

The hydroponic method is a good method for growing food, and it can have beneficial results for the earth as well. Hydroponic plants are high yield, have higher levels of antioxidants, and can be healthier than soil-grown. Hydroponics can conserve water and increase air purity for the planet.

Most people who grow their food in hydroponic systems are not only concerned about their own health but are also mindful of the health of the planet. A growing system for our food can hardly be beneficial to us if it is harmful to the planet where we live. We will look at how hydroponic growing can benefit us from a food point of view but also explore whether this growing practice is helpful or harmful to the earth.

Is Hydroponics Good For Food And The Earth?

If people are honest, the primary reason why they got into hydroponic growing was to provide better, healthier food for themselves and their families. Very few gave much consideration to the impact, if any, that hydroponics has on the environment at large.

This is not an indictment on people; it just did not factor into their reasoning when investigating hydroponics as a growing option. Most people who are interested in eating healthy and looking after their bodies also have concern for the natural environment and attempt to limit their negative impact on the earth.

As an example, people who subscribe to the vegan lifestyle are not only promoting the eating of vegetables instead of animal-based products. They are also taking a stand against cruelty to animals and taking a stand for the production of ethically produced foods that have less of an impact on the environment.

We discuss the issues more in-depth around growing food hydroponically and investigate the benefits it offers people from a health perspective and also explore whether hydroponics is beneficial for the planet or not.

Is Hydroponics Good For Food?

Hydroponics is a method of growing plants, including food plants, in a controlled, soil-less environment. The plants are grown in a nutrient-rich solution that gets pumped through the system to feed and hydrate the plants.

Hydroponic growing methods are good for food. The plants grow faster, stronger and produce a higher crop yield compared to plants grown via other methods, including soil. Hydroponic systems can produce more food in the same space than soil growing methods.

Many hydroponic systems are located indoors, or undercover and the reasons for this are vast, and the topic for another time. The operational systems, as well as the growing environment and the nutrient levels offered to the plants, are all controlled by the grower.

All this high-tech, seemingly unnatural growing method makes people suspicious. Many claim that the hydroponic environment is too sterile, not allowing bacteria and microbes that the plants have a symbiotic relationship with to flourish.

Much of these perceptions have to do with a lack of understanding of how hydroponics works. Hydroponics is certainly not a perfect growing system, and it does have its limitations, but the benefits certainly outweigh the disadvantages of hydroponic growing.

All these positive aspects of hydroponic growing are reasons why the technique has gained popularity, especially for home growers with limited space and less-than-ideal growing conditions.

The best way to grow lots of healthy vegetables at home is using the Tower Garden vertical aeroponic system. The ready-to-grow system can grow 20+ plants in corner of your living room, on an outdoor patio or anywhere you have a small space. For more information on how I grow tomatoes, cucumbers, greens and herbs in the corner of my home office read my article on What is a Tower Garden

Are Hydroponic Foods Safe To Eat?

Some people may wonder if hydroponically grown food is safe to eat since the process is so finely controlled by the grower, and it has the perception of being unnatural. Hydroponics is simply a system that offers the plants an environment where they can flourish, with fewer negative effects or environmental challenges.

Hydroponically grown foods are safe to eat. The nutrients used are formulated to give the plant the vitamins and minerals needed to produce healthy, edible food crops. However, the quality and safety of the food are not only reliant on the system but also on the diligence of the grower.

Aspects of food growing that make food plants unhealthy or unsafe to eat have less to do with the growing method and more to do with the farming practices used to produce the food. Even soil-grown food, if it is not grown adhering to safe practices, can produce food that is less beneficial and even hazardous to human health.

Soil-grown plants use the same forms of plant food as hydroponics, just in a different form. The needs of the plant do not change because it is in a different growing environment. The composition of the fertilizer used has the same balance of nutrients used in hydroponic nutrients.

One of the aspects that makes hydroponically grown food healthier to eat than soil-grown food is the reduced need for pesticides and herbicides to control pests and weeds. These compounds all contain toxins that find their way into the plant at some level. Hydroponics has less need for these types of control measures because of the controlled environment the plants are grown in.

If a hydroponic grower uses pesticides on the plants growing in the system, it will introduce the same toxins to the plants that soil-grown plants would experience. This is why the health benefits of hydroponic plants are also reliant on the practices of the grower.

There are various opinions around, both for and against the use of hydroponic and whether the food from hydroponics offers a higher nutritional value or is healthier for you than commercially grown soil-based foods.

Hydroponically grown foods are as nutritious as soil-grown foods, but the choice of seed and plant type used in hydroponics can result in more nutritious food. The main health benefit of hydroponics is higher antioxidant levels and fewer toxins due to the reduced need for pesticides and herbicides.

There is no definitive evidence or scientific studies that have been done to establish whether hydroponic foods are more nutritious than soil-grown foods. Because hydroponic systems provide an environment that is free of weeds and has fewer pests, the need for control measures of these problems is reduced.

This lowers the risk of the plants absorbing toxins from the pesticides and herbicides, making the resultant crops healthier to eat.

One of the main ways that hydroponic food can be healthier and more nutritious is over the choice it gives home growers in their food production. The use of non-GMO seeds and plants is a choice that hydroponic growers can make for themselves.

Many commercial soil-based growing farms use genetically modified seeds and plants to boost their crop yield. Plants and seeds that are genetically modified to be resistant to disease, drought, and pests can certainly make the crop more profitable for the grower, but there are some negatives to GMO plants for food.

GMO seeds have been shown to offer a lower nutritive value than non-GMO plants and seeds. Unfortunately, non-GMO plants are more susceptible to pests, drought, and disease. The good news is that hydroponic growing eliminates or reduces the risk of these problems, making it possible to grow non-GMO and heirloom varieties of seeds that offer a higher nutritive value than commercially grown food.

The higher nutritional value is therefore not based on the growing system but rather on the choice of the types and heritage of the plants grown in the system. So, growing GMO plants in hydroponics will not boost their nutritive value, but you have the option to grow better varieties that do have a higher nutritive value.

Hydroponic food is not better than organic food. Both growing techniques strive to use fewer toxins and more natural growing processes than traditional food production methods. In most locations, hydroponics is not considered organic because it does not adhere to all the standards or organic growing.

Organic food growers have fought long and hard to have their food products recognized as healthier and superior food products than traditional farmed methods. They have established strict standards for growing in this way that each grower must adhere to before their food can be labeled as organic.

Many of these standards focus not only on food production but also on improving the soil and the environment as part of the growing process.

Hydroponics, being soil-less, cannot adhere to all the standards required for growing under the organic label. The standard nutrients that hydroponic growers use are not considered to be organic because of the chemicals used in their production.

Recent developments in the hydroponic nutrient production arena have seen the arrival of organically produced nutrients for hydroponic systems. Using organic nutrients in your hydroponics system will further enhance the quality of the food that you can produce. 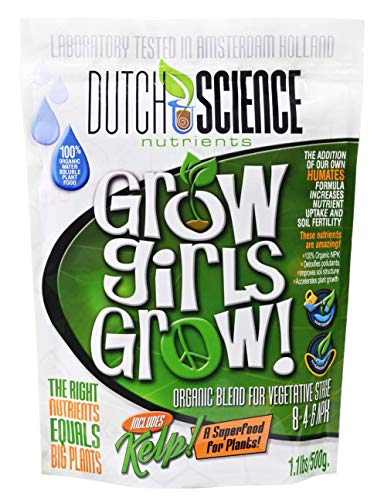 Is Hydroponics Good For The Earth?

Hydroponic growing is good for the earth. It promotes water conservation, higher crop yield, less space requirement, less pesticide and herbicide in the environment, and cleaning of the air, especially in the urban environment. It also prevents soil erosion and depletion of nutrients in the soil.

Hydroponic growing looks nothing like traditional farming or even organic farming, so some people may struggle to see the benefit that hydroponic farming could offer the environment.

Hydroponics is by no means a perfect growing system, but it does offer some significant benefits that could certainly result in less pressure and destruction of the natural habitat of our planet.

Hydroponics is a growing system that produces food that is healthy and good to eat. The benefits that this growing method can offer are not limited to our health but can also benefit our planet by more efficient use of limited resources such as water and space.

Probably the most important benefit that hydroponics offers is that it gives a choice. Everybody can have the opportunity to grow healthy, nutritious food with fairly basic equipment and in limited space. This brings the option of healthy food to people in all circumstances, from apartment dwellers to rural dwellers with limited resources.

Indoor vertical vegetable growing has created a revolution in local food production for home growers and city dwellers. The advantages of these innovative gardens can far outweigh the drawbacks of...

Continue Reading
link to How To Start A Vertical Garden?

Vertical gardens are increasing in popularity. They have become an eco-friendly way of growing fruits, veggies and herbs using less space and requiring less maintenance than a traditional garden....